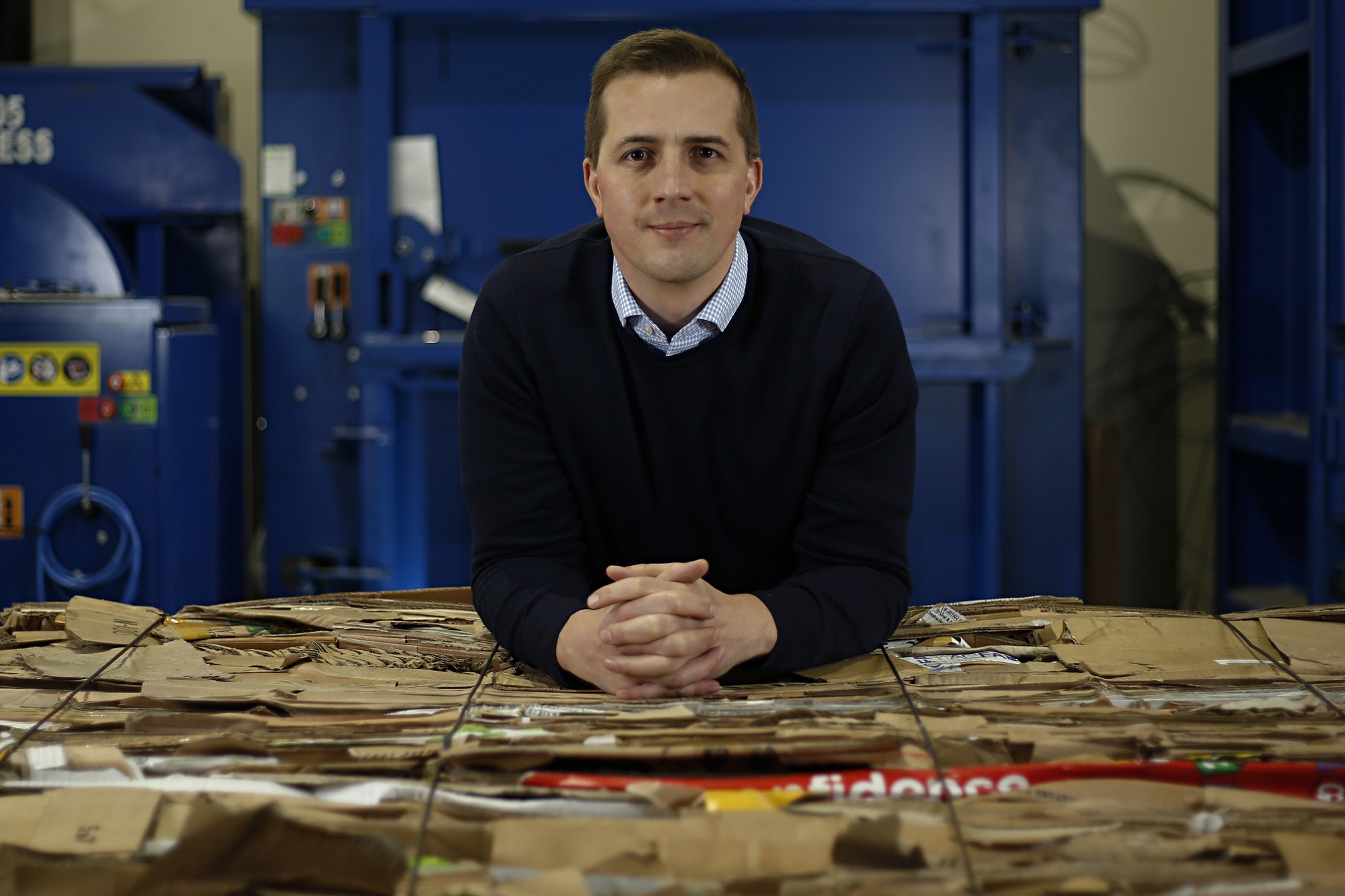 In this blog, our MD Jonathan Oldfield  discusses the war on plastics, and how the waste issue is actually a much wider one to consider…

The ‘Blue Planet effect’ has triggered an incredible rethink on our society’s attitude to plastic, with 88% of respondents in one recent survey saying that they had changed their behaviour as a result of the hit BBC show.

This is great. A new era of environmentalism has taken hold, with single-use packaging sitting uncomfortably in the spotlight.

We now remember to take our bags for life when we head to the shops, and try to buy fruit and veg in brown paper, rather than cellophane and polystyrene. You won’t see a stripy plastic straw in a cup of cordial at our children’s parties any more, which – quite rightly – we feel very good about.

But the state of the oceans is only one of our problems, and plastic has become a fantastic distraction – a smokescreen to mask everything else that needs to change.

Concentrating on what to do with waste – or worse, just that one specific type of waste in plastic – is short sighted and counter-productive.

Let’s face it, a lot of businesspeople do much better with domestic waste – simply following the council’s instructions is easy when compared with disposing of whatever they no longer need at work, while busy with any number of other concerns.

However, both at home and in business, we can do much more to get ahead of the curve by focusing on the hierarchy of waste – a concept enshrined in statute by the EU. This is what really matters.

The Waste Framework Directive of 2008 puts prevention as the best possible option. That is, not using plastic – or whatever other unsustainable resource – in the first place.

If it isn’t manufactured, we don’t need to worry about recycling it – or preferably, reusing it in some way with a minimum of further processing. Recovery through incineration is better than the L word – landfill – which amounts to simply burying our rubbish, as a monstrous legacy of our carelessness.

We know that when we throw something ‘away’, there is really no such place. But how can we, as businesspeople, reduce our thundering carbon footprints, when often there is no easy equivalent to shopping for beeswax wraps and bamboo toothbrushes?

More often than not, we need supplies in large amounts, that have required gallons of water and countless chemicals to manufacture, and have to be transported thousands of miles.

Least-damaging options are not always clear cut – did you know that, for example, when considered over their entire life, paper and cardboard packaging embody far more greenhouse gases than their plastic equivalents?

Just as concentrating on stricken seabirds is only a small part of the picture, so is pointing the finger at an average SME in Yorkshire.

Our Government unveiled its 25-year environment plan last year – to a lukewarm reception and criticism for its lack of immediacy or imagination. Meanwhile in the US, President Donald Trump has sought to scrap environmental regulations, which he sees as impediments to business.

In this respect, it seems those turtles tangled in plastic sacking are better advocates for change than our world leaders. This is very gloomy.

We know that Millennials – those in their 20s and 30s, emerging as industry bosses and public policy makers – as a generation, are greener-minded than the older population, but we can’t cross our fingers and hope they’ll fix things, at some unspecified future point.

We all need to be more ‘Millennial’ in our outlook, stand up for what’s right and take positive action. As business people, we should make time to research and choose the eco-friendly option, thinking hard about the resources we must use – and which of those we can reduce or omit altogether.

Recycling properly is to be applauded, but let’s remember that it comes only third in the hierarchy of waste, after reducing and reusing.

Putting things in the right bins – and keeping plastic out of our seas – is only one of the things on our green to-do list.