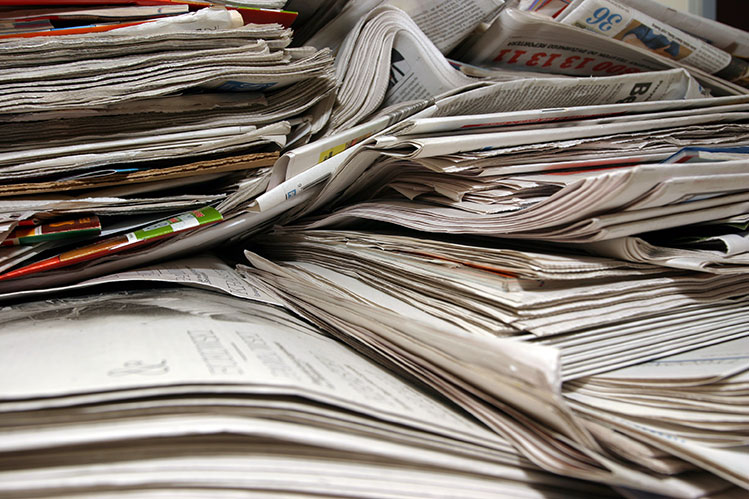 The Riverside Waste Machinery team became engrossed in some LinkedIn dialogue recently, which saw a number of industry professionals commenting on the extent to which UK businesses are applying the waste hierarchy. So we thought we’d throw some of our own comments into the mix too…

The LinkedIn thread was originally started, it seems, by Peter Jones, Senior Consultant at Eunomia Research & Consulting Ltd. Peter encouraged people to consider to what degree businesses in the UK are applying the waste hierarchy.

And Peter’s identification of what is surely a huge problem in the UK, should be applauded. As professionals in the waste management and recycling sector, we understand the waste hierarchy inside out. The framework details a series of waste management options, prioritised according to what is best for the environment. But how many ‘ordinary’ businesspeople, i.e. those who don’t work in our industry and who are therefore less familiar with the terminology, truly understand and embrace what is required of them?

We suspect, and this is something that Peter would perhaps agree with, that the answer is ‘not enough’.

There has been so much commentary in recent times about TEEP – the separate collection of paper, metal, plastic and glass, where ‘technically, environmentally and economically practicable’. And there has been widespread criticism for the ambiguity and potential misinterpretation surrounding what is potentially a very subjective concept. But for as long as attentions have been focused on developments such as TEEP, which focus on the collection of waste, there has perhaps been less regard for other elements of the Waste (England and Wales) Regulations 2011.

As Peter pointed out, we cannot forget that regulation 12 obligates producers of waste too. Every business or public body that produces or handles waste has a legal duty to ‘…take all such measures as are reasonable in the circumstances to apply the waste hierarchy to prevent waste, and to apply the hierarchy as a priority order when [they] transfer [their] waste to another person.’*

This process is regulated by waste transfer notes covering the exchange of materials from producer to collector, but we would echo Peter’s query – how many businesses are really following the law?

There are undoubtedly improvements to be made in many organisations, large and small. Compliance needs to be taken more seriously, both within organisations and by those that have the power to enforce regulations. That’s not to say harsh penalties should be imposed on companies that make genuine mistakes, because justifying what is considered as ‘reasonable’ is arguably as subjective a process as defining what is ‘practicable’ with TEEP . But there needs to be more widespread communication as to what businesses – and their workforces – must do to comply, and how this can be made possible. Perhaps there is even a requirement for incentivising compliance (even though this should not be required). And maybe collaborative efforts within business communities could make hierarchical compliance so much more achievable.

One thing is for certain – the continued debate of such topics, whether on LinkedIn, in face to face communications, or via any other media, is great. It generates thought provoking ideas and prompts us to think about what further progress the UK needs to see to truly achieve its resource agenda. Well done Peter!