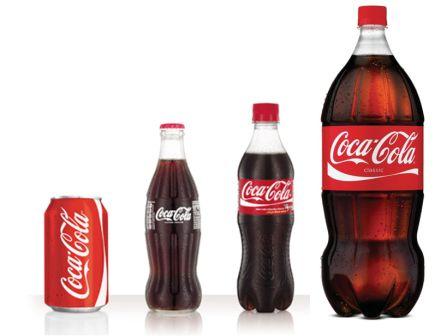 This week we praised the efforts of Coca-Cola and Keep Britain Tidy, who have launched a joint initiative to better understand why people littler soft drinks packaging.

It is obviously a subject close to the ‘hearts’ of both organisations, so it was fantastic to read about the efforts they are going to, together, to consequently devise an action plan.

Rather than simply acting on their gut instinct or potential misconceptions, they have conducted research to examine who is most likely to litter and why.

Their activity has uncovered that 16-25 year olds have a greater tendency to improperly dispose of their soft drinks packaging. Commenting on this finding, Riverside’s managing director Jonathan Oldfield said: “I find this statistic quite disappointing. We regularly read about the passion instilled in children at a primary school level, when it comes to protecting the environment. And ‘pester power’ from these youngsters has been widely cited as having a positive impact on the subsequent behaviour of adults in these children’s lives.

“It’s therefore incredibly disheartening to learn that this enthusiasm continues to dwindle as these children get older – I’d hoped the litter found in secondary school recreation areas was becoming a thing of the past. I’d be interested to see if the statistics change over the coming years, when today’s primary school pupils reach adolescence. But the focal point, for the time being, should be to introduce interventions that better communicate with the young adults identified as problematic litterers in this recent research.”

This is apparently something Coca-Cola and Keep Britain Tidy are already on with. Behavioural observations and focus group interviews have been carried out with 16-25 year olds to try to uncover the reasons for the littering. The biggest causal factor is reportedly demographics, with situational factors also playing a part. Some admitted they would litter when with friends, for example, but never in front of parents.

Jonathan concludes: “Coca-Cola and Keep Britain Tidy have unearthed some interesting insight in their ‘Soft drinks littering: Understanding and influencing young adult litterers’ report. And they deserve a pat on the back for doing so, rather than letting the problem continue. I hope their findings can be put to good use – I look forward to reading what comes out of the initiative next, in the hope that the government, the education system, businesses and the public, can do their bit to tackle the issue.”

If you are a business responsible for handling soft drinks packaging, we have a range of waste balers suitable for plastic drinks bottles, aluminium cans and cardboard vending cups. Why not start your research with the RWM40 PET compact waste baler? Alternatively, call us on 01423 325038, email us with your requirements, or complete our free online waste audit for some next-step guidance.