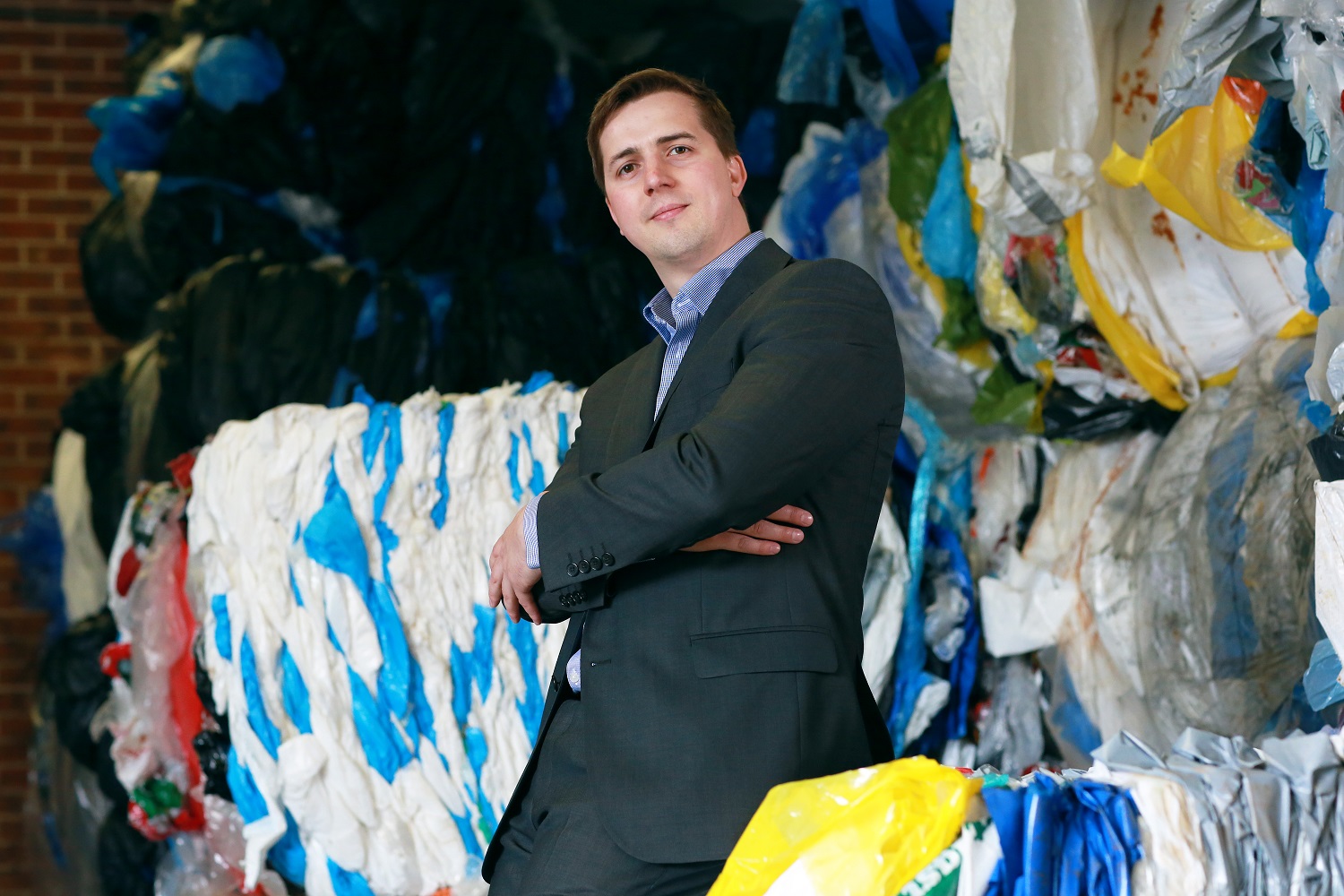 Jonathan Oldfield, managing director of Riverside, recently featured in Recycling & Waste World discussing how 2019 may be the year that businesses switch from purchasing waste machinery outright to renting it for a regular, smaller fee. If you missed the article, catch it in full here…

It’s quite a British mentality to want to own an asset outright. From cars in our personal lives to industrial equipment in the workplace, we have – as a nation – long opted to purchase goods upfront and own them from day one. Historically it was rare for someone to commit to an investment that they couldn’t afford.

It’s therefore no surprise that, in the automotive sector for example, many people sneered at the prospect of the American Personal Contract Purchase (PCP) model coming to the UK. But fast forward to the present day and instead of a vehicle being sold with a £14,999 price tag, it is far more common to see a ‘From £249 per month’ badge. In fact, according to the Finance and Leasing Association (FLA) in mid-October 2018, PCP agreements accounted for 80% of the market.

Personal Contract Hire (PCH) deals have also been gaining traction, with people happy to move away from an ownership model altogether. Admittedly such deals currently represent a far smaller proportion of the market, yet interest is rapidly gathering pace, with PCH up to 11% from 2.4% in 2010-11.

But will these trends start to be mirrored in the business environment?

In the world of automotive, such finance agreements are popular in the commercial sector too, with a number of organisations preferring to pay for their fleet via a fixed monthly fee, as opposed to purchasing cars and vans outright.

Of course this is one specific market, and the reason for the shift in automotive is undoubtedly because consumers don’t care whether or not they own the car as it simply depreciates. Their priority is access to the vehicle they want or need, whether their priority is status, accessibility or anything in between.

But what does this trend signify for the environmental sector? And what will 2019 hold in store for the hire vs purchase debate for waste machinery?

But this year could be the time when local authorities, manufacturers, public sector organisations and recyclers large and small move away from the price tag for ownership in favour of a fixed monthly fee. The last 12 months have certainly seen the biggest uplift in Riverside customers opting to hire their balers from us, rather than purchasing them – a pattern that can be said for both new and returning customers expanding their fleet. The reasons for this are perhaps multifaceted.

Finance agreements have traditionally been very rigid, with little movability surrounding the terms of the arrangement. Leases have tied organisations for long periods of time, for example, with minimal options to exit the contract – without significant penalty – should circumstances change. This has understandably acted as a large deterrent for businesses investing in new – or used – machinery. However as the market has evolved so too have the finance options available, with a number of flexible hire agreements – or rentals – now offered. Some operators will opt for a 3 year deal, whereas others will go for 5, but in many cases the machine is often still there 10 years later. Payments can be made on a weekly, monthly or quarterly basis – all to suit the organisation’s particular requirements – which makes this a far more attractive procurement route than previously.

Given the undeniable pace of change within the waste and recycling industry, it can be difficult to plan ahead. Many businesses therefore try to invest in a machine that will suit their future needs – not just their present capacity – but this often means they end up paying for a far bigger machine than they require in the shorter term.

A hire agreement presents flexibility should a company need to scale their plant up or down according to demand.

It may be one of the most-loathed topics of the past 12 months, but political persuasions aside, it is also one of the most talked about. And, at the time of writing, feelings of uncertainty surrounding Brexit are very acute amongst business professionals. The publication of the government’s new resource strategy has offered comfort to some that greater attention is being given to the environment, but the stark fact remains that it is virtually impossible to predict how companies – and the wider economy – will fare.

This uncertainty is deterring many financiers from committing to any major capital expenditure, but obviously the industry would soon grind to a halt in the absence of any investment altogether. Spreading the cost of that investment, however, is likely to feel far more manageable.

Ease of budgeting and ROI clarity

With a keen eye on the need to budget during this potentially difficult time, the agreement of a fixed monthly or weekly payment also allows businesses to plan financially, especially if the fee is inclusive of a service and maintenance agreement. It presents an element of control during an otherwise ambiguous period of time.

It makes it easier for many organisations to calculate return on investment (ROI) too. An outright baler purchase, for example, will have paid for itself in less than 18 months. But with a hire agreement, savings can be experienced in month one.

Take a logistics firm producing clean polythene and general waste for instance. If that waste has historically been co-mingled, for collection by an external contractor, it may have typically cost around £360 for a skip lift, per week. Or, £1,560 (52 x £360 / 12) per month. However, by separating the clean polythene from the general waste, the number of skip lifts per month will be halved in this instance, which straight away achieves a £720 per month saving. If hiring a suitable baler for £229.90 per month, the saving is £490.10 – and that’s before any material rebate has been factored in.

The absence of capital

The Chancellor’s Autumn budget revealed that the economy has grown, and in line with this marginal progress, a number of start-ups have entered the business environment. The difficulty for many such organisations in their embryonic stages, is raising capital, and those that do have money to spend often need to hold it back for other investments. Hire agreements alleviate the financial obligation, for those who may feel otherwise stretched.

In the absence of a crystal ball it is difficult to say with any real certainty, which procurement method operators will favour in 2019. However, one thing is true. Even the most well-engineered, built-to-last machines will depreciate over time, and in the current economic climate, organisations are keen to invest in things that will increase in value, not fall.

Businesses that prefer to own their assets outright – and always have done – may not convert their opinions on this subject. That’s why it is important to offer choice. But there are other companies who will undoubtedly benefit from the flexibility that new-age finance agreements offer.