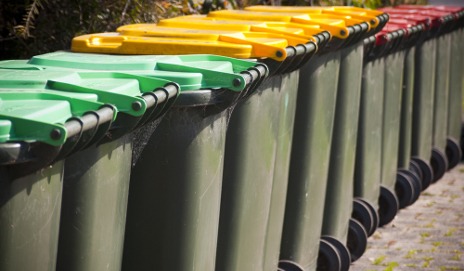 We’ve read a lot about the proposed standardisation of waste collection processes recently, with Defra Minister Rory Stewart reportedly in favour of a more consistent approach. He has claimed that a staggering £19m could be saved in London every year, if a single system was introduced. Roll that out across the country and the benefits could be phenomenal.

We also have to think about the likely impact on recycling rates. We have all been party to conversations full of confusion, as our friends and family from different neighbourhoods debate what can and can’t go in what colour bin, and what the councils will and won’t be able to recycle. We are immersed in the waste and recycling industry and even we struggle to advise in this respect.

Now, in many instances, we’re all for the ‘variety is the spice of life’ mindset. However, different colour bins, different collection frequencies, different recycling capabilities and different trucks, are surely to blame for the different successes we see throughout England.

Defining what the standardised approach should be won’t be easy. But consultation and dialogue with local authorities that are achieving outstanding recycling practice should undoubtedly help. Scottish and Welsh Governments are seemingly further down the road to understanding the benefits of consistency, for instance. Is there something to be learned from them?

Perhaps a single, standalone system won’t work in isolation. It may be that we need to introduce a small handful. But this will surely be better than the hundreds of variations throughout the country.

The system may also need to be fluid. In an article for CIWM Journal, a representative for Caerphilly County Borough Council advised that forced standardisation risks stifling innovation. As with all areas of modern economics, the industry therefore cannot afford to stand still. And perhaps a degree of flexibility will be required.

Maybe the answer lies in adopting a method similar to Scotland’s Household Recycling Charter, which allows local flexibility at an operational level, but promotes strong communication, consistency and coherence on the whole.

And it could even be that the words we’ve, as yet, used interchangeably, are in fact very different. Standardisation perhaps isn’t the same as harmonisation. We ought to strive for more consistency in some respects, such as bin colour, but it might be unrealistic to expect a single system for all, especially when it comes to devolution and localised power.

At present, this is all mere chatter. We need to wait until WRAP’s report in the summer to see which direction England is likely to follow. But working towards a uniform approach to waste collection and recycling perhaps isn’t as simple as it first sounds.