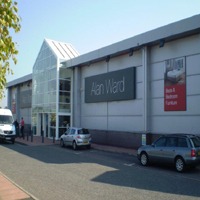 Background One of the largest independent furniture retail groups in the UK, Alan Ward has four showrooms in Shrewsbury, Chester, Winsford and Newcastle-Under-Lyme. Selling everything from dining and bedroom furniture to sofas and flooring, the 44-year old company prides itself on being ethically sound and ‘doing things the right way’. The Challenge The company had purchased a RWM 75 10 years previously which had served it well and enabled staff to bale and recycle majority of the bulky cardboard and plastic waste which arises from the furniture and flooring packaging.  Wholly committed to recycling and trading ethically whilst achieving the best return for the business on its waste where possible, the company decided it was timely to search the market in order to check if its waste baling procedures could be improved even further. The Solution Alan Ward had been more than happy with its existing reliable baler, which was originally supplied by Riverside Waste Machinery, so contacted the company again to pick managing director Jonathan Oldfield’s brains. It was decided that the best waste baler for its current needs would be the RWM 500 which would facilitate the production of larger bales giving a 50 to 60 percent higher return upon resale – and produced in a fraction of the time. Steve Eaves, group operations manager at Alan Ward explains: ‘We wanted to ensure that our waste procedures were as effective as possible especially as our business continued to grow. We offer a premium service for our customers, removing all packing from the furniture that we deliver and during our busiest times from October to March this can amount to nearly six bales per week so the RWM 500 was the ideal choice for us.’ The Results The first and most notable improvement was the speed with which the waste was baled. Previously a member of staff would spend between seven to eight hours per day operating the machine whereas with the new RWM 500 in place this labour was reduced to two to three hours per day meaning an extra five hours could be deployed elsewhere.  The space saved by storing the larger 550kg bales whilst they await collection has also reaped warehousing organisational benefits. Overall, waste handling is more efficient and profitable. Steve continues: ‘As well as our first baler, we buy all our consumables from Riverside Waste Machinery so going back to them for advice was an easy choice for us. They’re down to earth, honest and very easy to deal with. ‘Unlike other companies in their industry they’re not just interested in making a sale. Jonathan made it his business to really understand our needs and it was a bonus to have the option of selling our RWM 75 back to them for a very good price which saved us the hassle of having to advertise it ourselves. It was a win-win result for us.’ Jonathan Oldfield, managing director concluded: ‘There’s a lot of demand for second-hand waste balers as well as the new models because there is such a diverse array of businesses that need to manage their waste – and different needs require a variety of waste management options. ‘And of course we’re always thrilled when existing customers return to us again and again – it means we’re doing something right!’