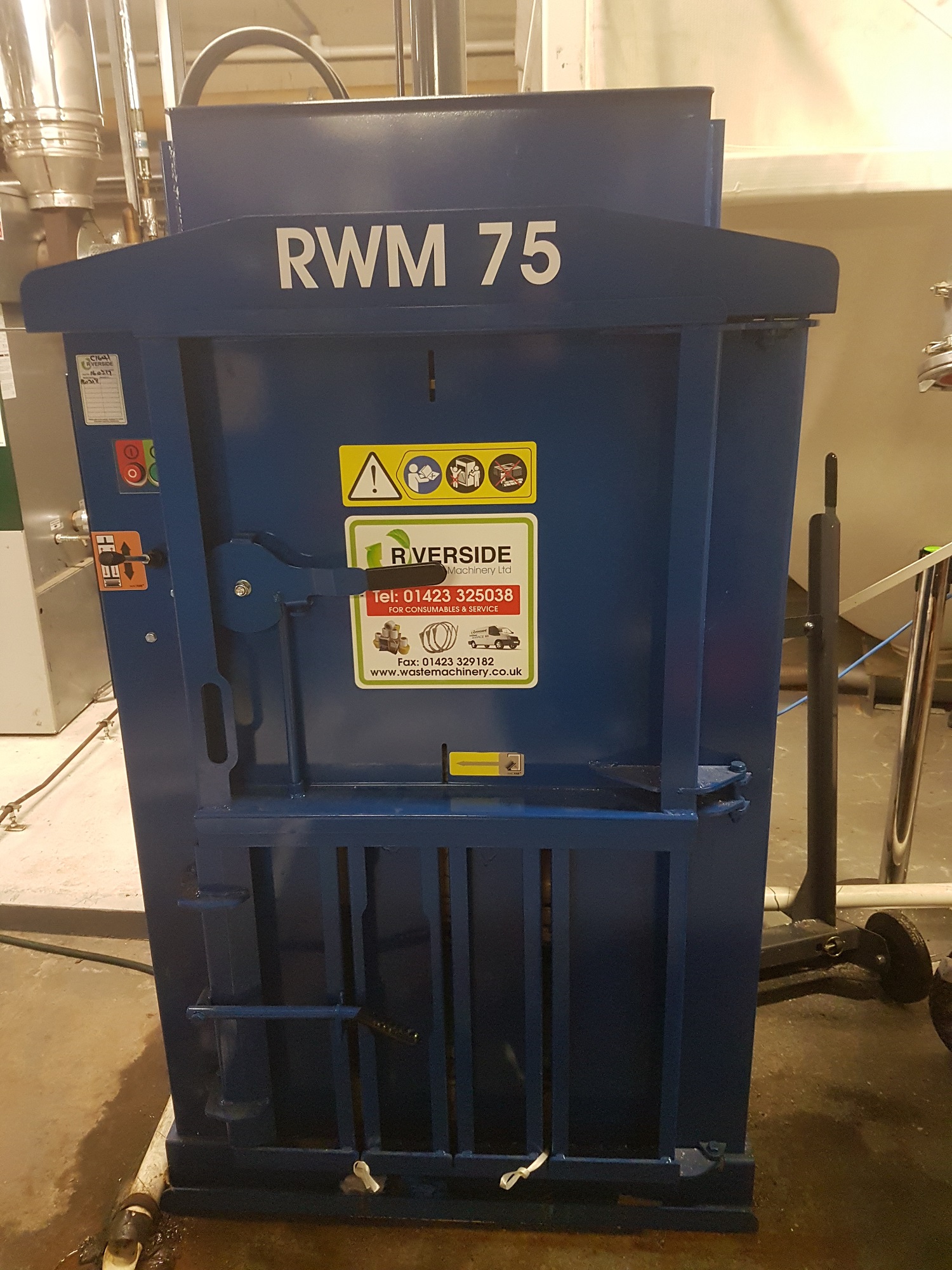 Appleton Academy – an education provider based in Wyke – has recently invested in new waste baling equipment from Riverside Waste Machinery.

As Bradford’s first ‘all-through’ school, the establishment offers learning and development for children and young people from the age of 3 to 19 – and beyond.

The academy receives a wide range of deliveries – most of which are packaged in cardboard boxes – each week. It therefore seemed like the logical conclusion to begin handling the ‘waste’ in a ‘greener’ manner, believed John Wavell, estate manager at the school. And so the search for the right machine began.

John explains: “We found Riverside via internet searches for baler providers in our area. Their site was impressive, and they appeared to have a great grasp of the recycling and waste industry – but most importantly they stocked a certain product which appeared to be the ideal solution for us!”

Baling an average of four 25kg bales per week – which are then collected and taken to a recycling centre in Halifax, West Yorkshire – the new machine has significantly reduced the carbon footprint of the institution.

John adds: “The benefits of the baler are undeniable. The cost of our weekly bin collection has been reduced as a result of the purchase, due to a significant decrease in the volume of general waste. This has meant that more funds are available to be spent on educational materials for our students – it’s a win-win!”

Riverside Waste Machinery is based in Boroughbridge and provides a wide range of machinery for sale or hire. This year the firm celebrated its 20th anniversary in business, and has recently launched an online shop, allowing customers to purchase consumables with even greater ease.